As a mother of three, Nathalie Benko appreciates her luck that her children are healthy. Unfortunately, this happiness is also denied to many parents and their children. According to the Society for Children’s Cancer Research, almost 2,000 children in Germany alone contract cancer every year.

To this day, doctors are still unable to answer the question that concerns many parents: “Why my child?” Although there are relevant confirmed external influences, such as the Chernobyl incident in 1986, which have encouraged malignant cell mutations even in childhood, scientists suspect an interaction between genetic predisposition and environmental factors, especially in the youngest children.

According to the Society for Paediatric Oncology and Haematology, most infants and adolescents develop acute lymphoblastic leukaemia (ALL), closely followed by embryonic tumours in the brain, especially neuroblastomas, immature tumours of the nervous system.

What therapies are available in pediatric cancer medicine?

Due to the special nature of cancers in children, who in contrast to adults almost never suffer from epithelial tumours on the lung, breast or intestine, the prognosis for many of the malignant diseases is good and the chances of cure have improved dramatically in recent decades. As a result, over 80% of all children with cancer can be cured.

The key to this success is a profound and extensive research by various institutes, such as the Research Institute Kinderkrebs-Zentrum Hamburg.

In order to support both the cost-intensive research in pediatric oncology and to give children a smile during their therapy, Nathalie Benko has established the Kids Charity Foundation. As an Austrian, she maintains close contact with the Children’s Cancer Aid Tirol & Vorarlberg within the framework of her foundation. For the year 2021 a big gala is planned, at which she will gather Austrian and German celebrities to collect considerable donations for the identification of new therapies. 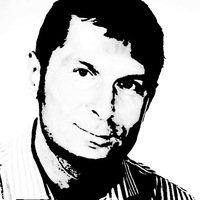 Andreas Baaske (* 1973) is a freelance writer from Suhl who has been part of the Euro Leaders team since 2020. Unfortunately, he couldn’t start earlier because he couldn’t have worked because of the excitement of the electoral crime in his home country. Now it’s working.